AND STILL WE CREATE* 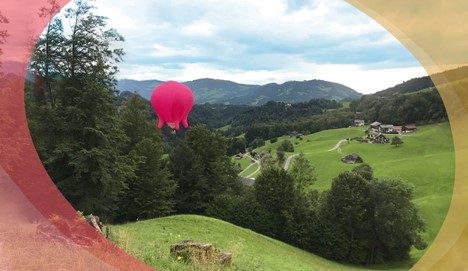 A forum for over 60 museums and initiatives from five continents to discuss birth cultures, gender equality, globalization, and sustainability as well as the future of women’s museums.

Under the title AND STILL WE CREATE* the International Association of Women’s Museums held its 6th International Conference from August 31 to September. The IAWM is the network and central contact point for women's museums and initiatives worldwide. It promotes culture, arts, education, and training from a gender perspective. In addition, IAWM fosters exchange and global cooperation between women's museums. Conducting research and developing projects, exhibitions, new initiatives, community activities, seminars and conferences are other of its activities.

The Conference took place at the Women's Museum in Hittisau, Austria, that in 2021 has been received the European Museum of the Year Award – EMYA: this is the first time that the EMYA, presented by the European Museum Forum under the auspices of the Council of Europe, is awarded to a women's museum.

A musical piece by a "choir of mothers", a hot air balloon in the shape of an udder, a performance on the clash of Western and Mexican birth cultures and the speech by Nobel Peace Prize winner, Shirin Ebadi, were among the highlights of a Conference that also featured lectures, film screenings and activities. Stefanie Pitscheider Soraperra, Director of the Frauenmuseum Museum Hittisau, opened the "Day of a Birth Cultures" and was followed by a keynote speech by Frances Mc Conville, midwife and Advisor to the World Health Oganization, and the Bits&Bites session where different women talked about childbirth from a holistic perspective, including limbic imprint, places where to give birth, and diverse traditional practices.

Participants had also the opportunity to take part in a "Storytelling Café" that, moderated by Briggita Soraperra, enabled for the sharing of birth experiences, highlighting the importance of solidarity: the diversity of the participants indeed offered a glimpse of the different birth cultures and country-specific differences that manifest themselves through personal stories.

Ágnes Geréb, gynecologist and midwife and pioneer of father participation in hospital births and homebirth in Hungary, closed the Conference after the screening of the documentary "Freedom for birth. The mothers' revolution” that tells the story of a Hungarian mother that took her case to the European Court of Human Rights because her midwife, Ágnes Geréb, had been put at home arrest for assisting her in childbirth at home.

Recordings of all presentations will be available soon on the official website of the IAWM 2021 Conference* Hittisau.