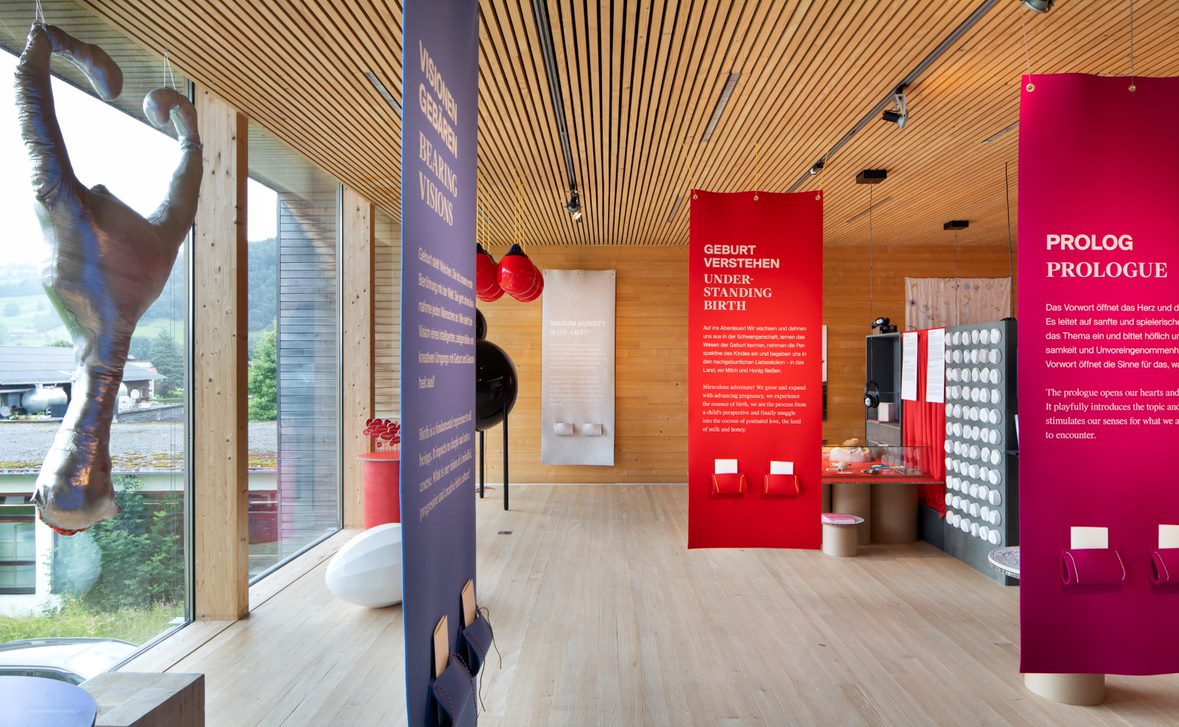 Frauenmuseum Hittisau celebrated its 20th anniversary with the opening of the exhibition, "Birth culture: Giving birth and being born".

‘What happens during birth?’ ‘What are the rituals related to birth that exist throughout the world and how did our ancestors deal with birth?’ These and other questions concerning pregnancy, birth and becoming a parent are addressed by the Frauenmuseum in Hittisau (Women’s Museum), in Austria, and host of the exhibition “Geburtskulturen - Birth cultures: Giving birth and being born” which opened recently to coincide with the 20th anniversary of the museum.

The exhibition is a part the Birth Cultures project, co-funded by the EU and which involves other women's museums and initiatives. It will travel to the Gender Culture Centre, Kharkiv (Ukraine), LaBonne, Barcelona (Spain) and Frauenmuseum Merano (Italy).  Sigrid Prader, director of the Frauenuseum Merano and Marlene Messner, Board Member were invited to the opening and anniversary celebration. Ms. Prader was also present as a representative of the Birth Cultures project.

"The topic is complex and affects us all. After all, we were all born", says Stefania Pitscheider Soraperra, director of the Frauenmuseum Hittisau. The exhibition was made possible by a partnership with the IG Geburtskultur a-z. The IG Geburtskultur is committed to a holistic and health-promoting birth culture.

Sabrina Summer has curated the design of the exhibition which ranges from historical developments to current debates on reproductive technologies and modern art positions. "Art, because it has the ability to look behind things. It condenses, dissects, brings in new and unusual perspectives," says Pitscheider Soraperra.

Outside the museum, the "Room for Birth and Senses", financed through a crowdfuding campaign, represents, in the form of a shingled clay body, the prototype of a new type of delivery room nurtured by architect Anka Dür, who says, "With this room, we are taking a look into the future of the culture of birth. It serves as an intermediate stage on the way to the great vision: to a modern birthing house, connected to a hospital." It was created with Anna Heringer, Martin Rauch and Sabrina Summer.

Accompanying the exhibition, the Women's Museum Hittisau offers an extensive supporting programme of curated tours, lectures, workshops, concerts, readings, seminars and film screenings. Despite the situation due to the COVID-19 pandemic, a varied and inspiring cultural programme was also provided in recent months: in March, the blog "Starke Frauen. Starke Geschichten" (Strong Women. Strong Stories) was launched with portraits of exemplary women.

Since its foundation in 2000, on the initiative of Elisabeth Stöckler, the Frauenmuseum in Hittisau is the first and only women's museum in Austria. Up to now, over 30 exhibitions on topics relevant to women have been shown. Elisabeth Stöckler has also collaborated to set up a lively exchange of exhibitions between the Frauenmuseum in Hittisau and the one in Merano.

Those interested in knowing more about the Birth Cultures project and the exhibition can also visit the website of the project for further information.